☜ Back To All Doers
Tanmay Bakshi 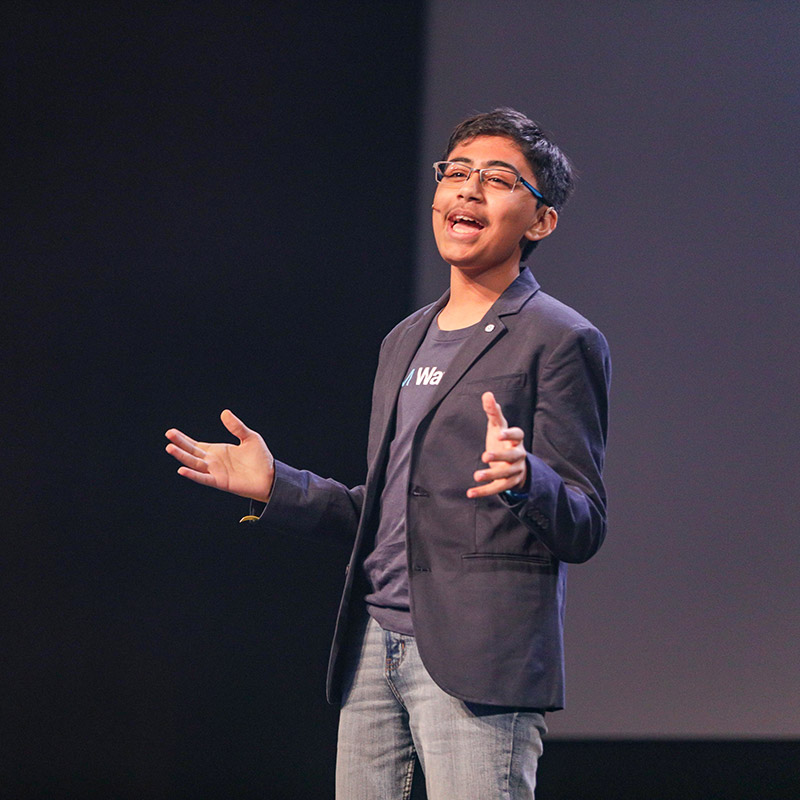 At age five he began programming. At age nine he published his first book. Now, at 13-years-old, he’s travelling the world, aiming to inspire 100,000 developers.

Tanmay fell in love with programming at an early age. At age nine he published his first app call tTables. In a few years, he progressed from working on simple iOS apps to building autonomous rally cars, and drones that can fly via text.

Tanmay travels the world with the goal of inspiring new developers, veteran developers, and folks dipping their toes into the programming pool. His advice to them is “start small, start easy, and start playful.”

An API is just a tool. The real magic is what you build with the tools you have. Tanmay is showing anyone and everyone how to unlock that magic with code.

Other Doers to Check Out